The audience starting to arrive, with the projection created by Graeme Roger of extracts of George Bain's illustrations of Celtic art flowing across the ruins of Fortrose Cathedral, accompanied by Feis Ros fiddlers...

Groam House Museum's Thursday evening outdoor performance of Unravelling the Celtic Knot was amazing. Inspired by George Bain's work, various local groups came together in a celebration of  dance with animation - the culmination of a couple of months of workshops in the area. 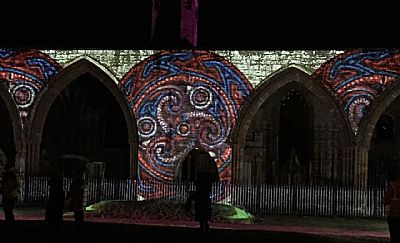 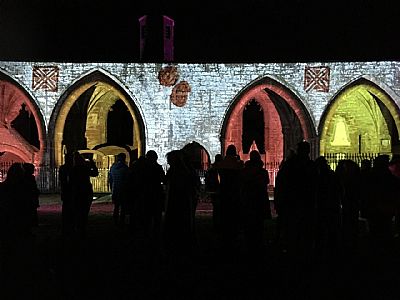 ... black & white and coloured, which were then overlain with animations created by local groups once the performance began

The event video of edited highlights is available to view on YouTube  https://youtu.be/5HHDyi81lrs

The event marked the start of the George Bain digitisation project, to make all of Groam House Museum's Celtic art collection available to everyone via the web. The dancers explored both contemporary and traditional relationships with Bain's work interpreting knotwork, spirals and interlace in their own flowing movements. Animation workshops introduced the use of new technology to what is usually viewed as an old art form, deconstructing and reconstructing the key and knot patterns that characterise the drawings, sculpture and craftwork in the museum's collection. 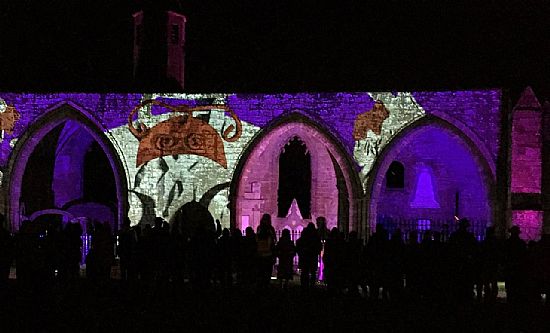 The dancers came from Fortrose Academy Dance Club, Fortrose Scottish Country Dance Group, Eden Court Youth Dance Group and Eden Court Adult Performance Group. Modern dances with contemporary music were created by some, while more traditional dances to Scottish music were chosen by others because they reflected the patterns of Celtic art so well.

The animations were created by Culbokie Primary School Coding and Film-making Group, Resolis Friendship Group, Ferintosh Primary School and a group of Groam House Museum volunteers under the skilful tuition and final editing of local film maker Mike Webster.  They were then merged with images of specific artworks in the George Bain Collection and set to the dancers' music by Graeme Roger. The result was stunning. 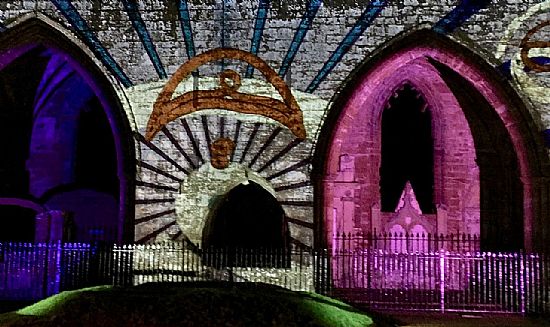 There was a great response to the performance, with people also remarking how delighted they were to see the cathedral being used in this way - thank you Historic Environment Scotland. And there is the hope that the current George Bain project Sharing the Creativity of Celtic Art will include further workshops and events like this.

Funding for this project, which focusses on the Nationally Significant George Bain Collection, has been awarded by Museums Galleries Scotland and Creative Scotland, with technical help from Eden Court Theatre.  Groam House Museum gratefully acknowledges their support.