Sergeant William Smith, a meal miller from Avoch serving with the Seaforth Highlanders, wrote home between the battles of Neuve Chapelle and Aubers Ridge, describing a rosy existence in the trenches and the life of luxury which the Germans had enjoyed before the attack. This was not the general experience of trench warfare for our troops. He was with two other Avoch boys, his brother Quartermaster John Smith and Bob Jack. Photo below, right: Avoch Meal Mill, courtesy of Avoch Heritage Project. 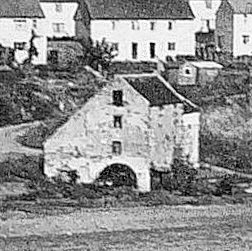