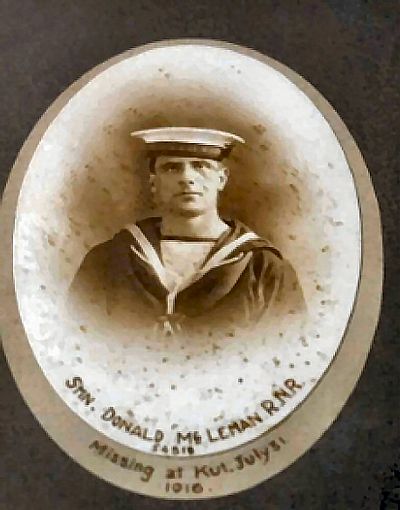 Donald MacLeman served on H.M.S Alert, a ship whose exploits at the Dardanelles won “worldwide admiration”. Eight months after he was reported missing, his sister received a postcard from him saying  that he was a prisoner of war in Baghdad. He told his sister that he was quite well and he hoped she would not worry. However, he died while still a prisoner.