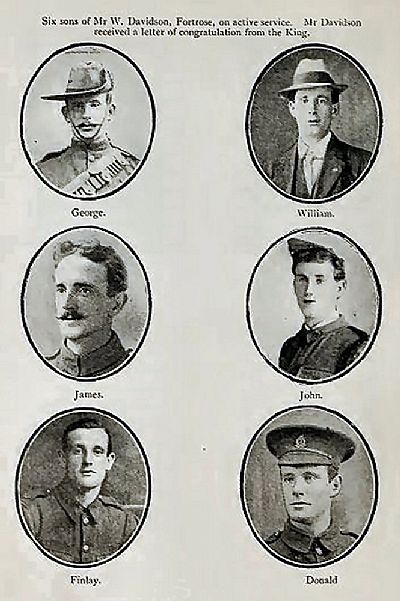 Mr William Davidson, a painter from Fortrose, had six sons serving in the war. Two served in the Seaforths, but the others were in different regiments including South African and Australian regiments. Willam, who came over from North America to join the Scottish Rifles, went missing, presumed dead, in May 1918 in Flanders.