Before the war, William MacLeman, a reservist, served with the Rhodesian Mounted Police. On the outbreak of war he returned home to Rosemarkie and reported for duty at Fort George. 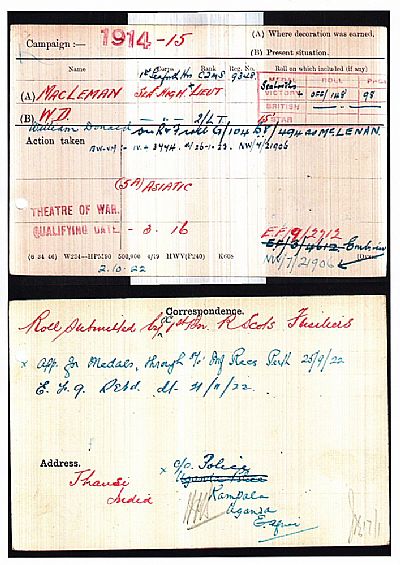 Lieutenant MacLeman was one of the so-called “Old Contemptibles”, the name adopted by members of the British Expeditionary Force who were fighting in France at the start of the war and were described by the Kaiser as a “Comtemptible little Army”.

In due course he was drafted to Mesopotamia. He gained his commission for gallantry and leadership in action, and was severely wounded in the face and legs.

After the war he emigrated to Uganda.