Serving in the war effort - women 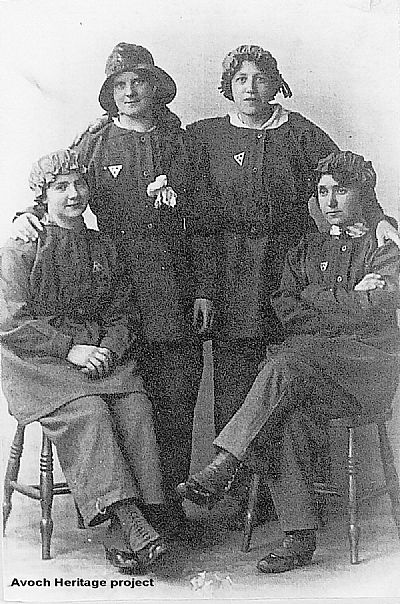 Women were involved in the war effort in a number of ways. A few served as nurses abroad. At least 30 women from Avoch went to Nottingham to work at Boots the Chemist and others went south to work in munitions factories. (Photo, left: Avoch Munitioneers)

At home, some women took up traditional male tasks such as postal delivery. Despite the crisis of labour for farming, there is no evidence of Women’s Land Army postings, although there were meetings and courses to try and encourage more women to help with farming. 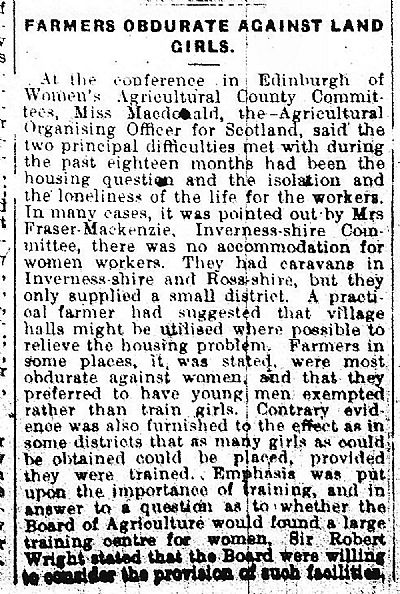