The impact of World War I on Rosemarkie, Fortrose and Avoch 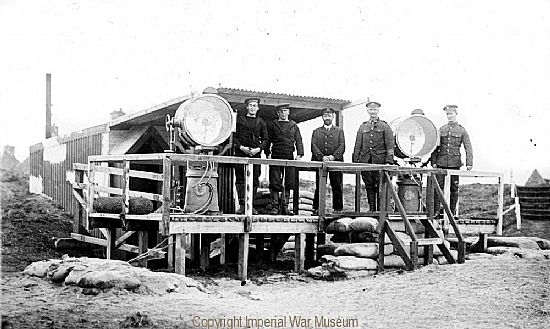 In 2017-18 Groam House Museum organised a project to explore the impact of WWI in the area, both for those at home and serving abroad.

Before this project we knew little more than that local men had served abroad.

For several months, over 30 participants researched archives, visited other collections, trawled through newspaper accounts and contacted families to share memories and photographs. A picture of life on the Black Isle emerged. A creative writing course then used this research as inspiration for short stories.

As the display showed, a huge amount of information was discovered, including two long-forgotten facts. There were troops stationed here - the little-known Highland Cyclist Battalion. Even more surprisingly, a boom stretching between Fort George and Rosemarkie was built, part of defences to protect Inverness and the US Navy mine-assembling base.

Binders of information are available at Groan House Museum and Fortrose Library with further details and a list of all those from the local area known to have served. Some of that additional material is included in this website here.

Click here to start your tour of the exhibition.

Or select the section you want to see:

Life in the area before the war

Life in the area during the war

Serving in the war effort

Impact of the war

Items from the time

Additional resources derived from the research