Kirkmichael and its display of medieval carved stones 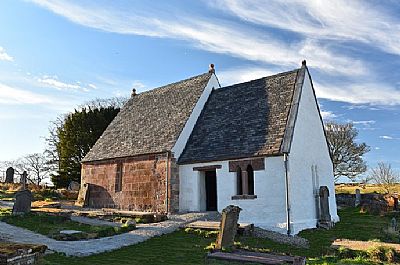 There is a new visitor attraction on the Black Isle thanks to the success of an amazing community project which raised over £750,000 to restore the derelict and dangerous medieval church near Balblair on the north coast of the peninsula. 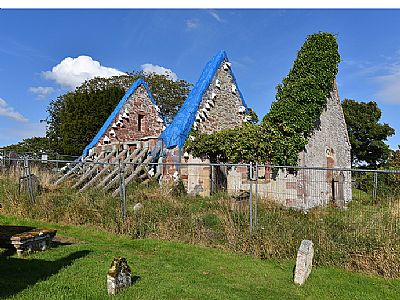 Inside the nave at Kirkmichael is a nationally significant display of medieval gravestone. These ornate stones, at risk in the graveyards of Kirkmichael and nearby Old Cullicudden, are juxtaposed with post-Reformation gravestone art to paint a picture of 800 years of memorial practice.

The stones at Kirkmichael therefore complement the earlier Pictish artwork at Groam House itself.

There is much interpretive material in place telling the story of the ornate stones and the splendid external mausolea, along with the history of the site and families associated with it. 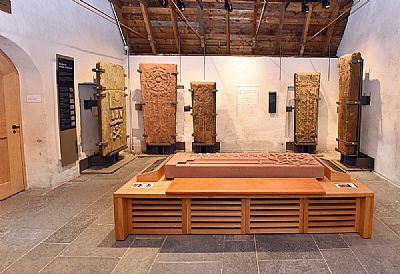 The transformation of the site has to be seen to be believed.  The first photograph above shows the restored building as it was when officially opened by HRH The Duke of Gloucester in late April 2017.  The second is of the kirk as it was in early 2016 before repair work started.

The kirk is open daily, and guided tours can be offered to parties with advance notice - see the Kirkmichael trust web site at http://www.kirkmichael.info

Groam House Museum will be actively working with the Kirkmichael Trust to promote both sites as part of a Black Isle heritage trail that will be of great appeal to everyone with an interest in history and archaeology.