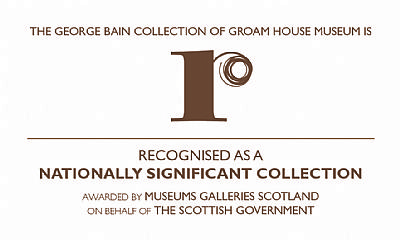 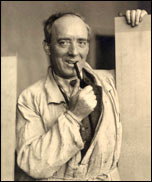 George Bain was one of the main instigators of promoting modern Celtic design. Born in Scrabster in Caithness, his family moved to Edinburgh where he trained as an artist. During the last two years of the First World War he served in Macedonia – which included northern Greece and parts of Bulgaria, Albania, Kosovo and Serbia. There he sketched and painted both landscapes and the people he met and worked with. On his return he took up the position of Principal Teacher of Art at Kirkcaldy High School in Fife, remaining in this post until his retirement in 1946. 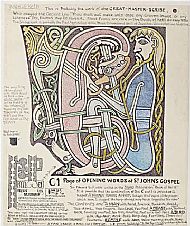 Bain devoted much of his life to the study of the mathematical techniques used by "the ancients" to produce their intricate designs. Their results appeared on the Pictish stones of eastern Scotland and the highly sophisticated metalwork and jewellery from Britain and Ireland. They can also be seen in early illuminated manuscripts such as the Books of Durrow, Kells and Lindisfarne. Bain published the definitive book Celtic Art: The Methods of Construction in 1951, which did much to revive interest in the subject. He is also noted for his paintings of landscapes in Scotland, Greece and the Balkans.

Bain’s achievement in working out the techniques used by the ancient Celtic artists was significant in creating a renaissance of interest in this type of art-work. His role as a teacher of the framework within which this art-form could be developed and constructed anew was of great importance. Today, with the current resurgence of interest in Celtic and Pictish Art, is an excellent time for us to appreciate and remember the great work that this outstanding artist and scholar undertook.

The George Bain Collection:  an introduction 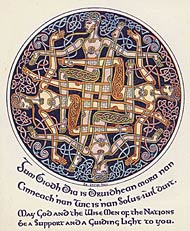 The George Bain Collection consists of Bain’s art and educational material as well as some of his own archive. As such, it has been awarded the status of a Recognised Collection of National Significance for Scotland – a status awarded by Museums Galleries Scotland on behalf of the Scottish Government. It has been acquired through donations and purchases since the late 1990s.

The initial collection of artwork was donated to Groam House Museum by members of the Bain family in 1998. They gave further substantial donations in 1999 and 2005. There have also been smaller donations from other individuals. In 2012 the museum was awarded a Collecting Cultures grant by the Heritage Lottery Fund. This enabled the purchase of further art work by Bain, as well as by his contemporaries in the Celtic Art Revival of the late 1800s and early 1900s. Many of the acquisitions made then can be seen in this booklet. 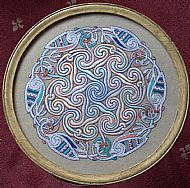 The George Bain Collection largely comprises works of art on paper – primarily his Celtic teaching aids and designs for commissions – but also includes metal printing plates, etchings, lino blocks and prints from the blocks. In addition there are textiles, embroidered tea cloths, a hand-knotted carpet, manufactured rugs, carved and decorated woodwork, ceramics, jewellery and leatherwork. There is also his supporting archive of printing proofs, correspondence and photographs. No other UK museum (national or regional) has invested in the work of George Bain.

We aim to share the George Bain Collections as widely as possible through exhibitions, outreach activities and lectures.  In so doing, we aim to realise Bain’s vision of Celtic art for all. In addition, items in the collection that are not on display can be seen by appointment – contact curator@groamhouse.org.uk